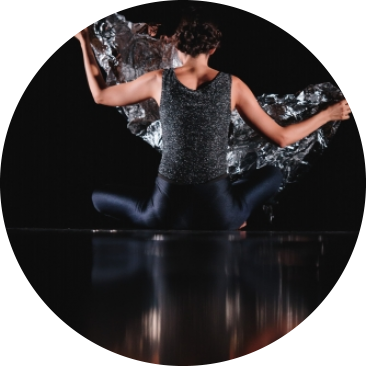 is a dance artist and performance maker based in Limassol, Cyprus. Her inspiration draws personal experiences of family, home, body image and the sense of belonging, transforming them into something universal. Her choreographic research focuses on exploring different narratives that emerge from the interaction between the human body and physical materials. Performances such as #NoFilterNeeded (2019), Be My Home (2016), In the Likeness of.. (2015), Beauty-fool (2014), use movement and the manipulation of props, objects and other kinds of materials, which sometimes are developed through collaborations with other artists.

Konstantina was a resident artist at the Dance House Lemesos (Moving the New 2020) with mentor Rodia Vomvolou, the international centre of choreography Dance 4 (Nottingham), the NN Contemporary Gallery (Northampton), The Lyric Hammersmith (Development Lab2) and the Egomio Cultural Centre. She is an alumna of London Contemporary Dance School (MA in Contemporary Dance, 2018) and the Central School of Ballet (BA Hons in Professional Dance and Performance, Choreography Award 2011). 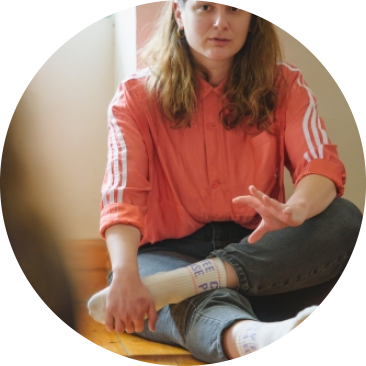 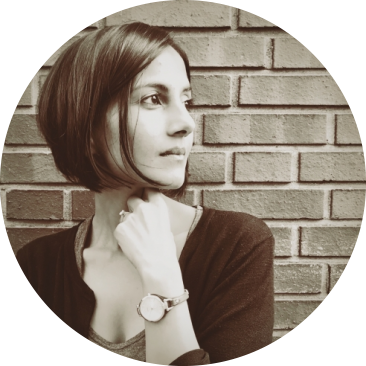 Originally from India, Nikita is a multidisciplinary artist based in The Netherlands with over a decade of experience in choreography, research, art education, dramaturgy and curation. Her art inquiries lie at the nexus of gender, culture, and identity. Through her performances, exhibits, curation work and writings, she is deeply invested in telling stories of plurality, female agency, forms of marginalisation and class divide. In her performance work, she looks for ways to blend nuanced movement, silence, spoken word and new-age media, and to invite the audience to participate in the creation of meaning and collective knowledge.

Graduated from Master Performing Public Space at Fontys Hogeschool voor de Kunsten (FHK), Tilburg; Nikita is an empanelled artist with the Indian Council of Cultural Relations and has trained in Indian classical dance-theatre form of Kathakali and Post-Modern dance techniques.

From 2016-2019, she worked as the creative director at Natya Ballet Centre, Delhi, a 60-year-old pioneering institution of dance in India, facilitating the development of contemporary and subversive artistic practices, and bringing to the fore non-institutionalised and marginalised dance-theatre forms of the Subcontinent. She continues to serve as the festival director for the biennale The Natya Ballet Dance Festival.

Since 2019, as a research fellow at the DAS Graduate School, Amsterdam (2019-2022), she is invested in a long term artistic research project Naachne-wali: The Dancing Girl. Currently, she works as a performance maker, teaches dramaturgy and artistic research at the Academy of Circus and Performance Arts, FHK and guest lectures at various arts programmes and institutions in Europe and India. 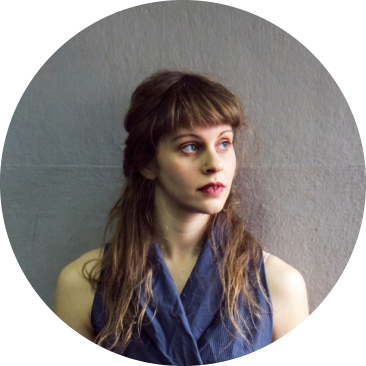 Originally from Greece, Elena is a performing arts educator, dramaturge and performer currently based in Belgium.

She holds a Master’s degree in Drama and Performance Theory, History and Analysis from the Aristotle University of Thessaloniki (Greece) while she has also supplemented her studies with a diploma in dance (GR). In 2019 she obtained a Master’s degree in Cultural Studies from the Catholic University of Leuven (Belgium). During her studies at KUL her inquiries largely focused on dance dramaturgy and the notions of dialogue and exchange in the creative process which resulted in a series of interviews with various dramaturges.

Elena has worked as a dramaturge, assistant director/choreographer, production assistant and performer in multiple productions and festivals in Greece, Belgium and the Netherlands. In addition, she has been teaching theatre, educational drama and dance to children and teenagers (Greece, Spain, Ireland/UK) as well as movement improvisation and composition to actors. In her work as an educator, her interest lies in art as a means of communicating and reflecting on the human experience.

Over the years Elena has collaborated with institutions such as the Kunstenfestivaldesarts (BE), DansBrabant (NL), the National Theatre of Northern Greece, Interacting S.L. (ES/UK) among others. 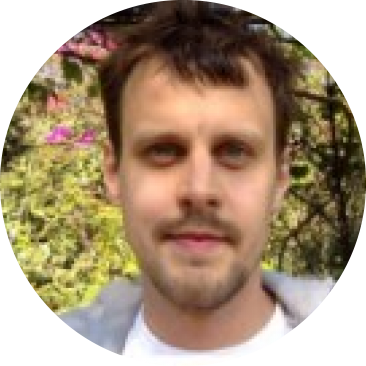 Departing from choreography, both as asserting its central position and as testing its limits, Adriano Wilfert Jensen finds himself engaged in a range of practices: Making  performances and publications, experimenting with pedagogy, curation and  performing for others. He did his  Bachelor Degree in Choreography at School for New Dance  Development, Amsterdam in 2014 and in the years 2019-2020 associate artistic researcher at a.pass - Advanced Performance and Scenography Studies, Bruxelles. To give context and background we have selected four projects: Galerie, the indigo activities, Spending Time With Dinosaurs  and Strohhalmen (Straws). Galerie - an immaterial gallery for immaterial artworks, collaboration with Simon Asencio since 2014.Galerie is a  performance, a curatorial project, a pedagogy, a researchplatform, a  business and before all: a spell.  Another choreographic work is an project Strohhalmen (Straws). It  is a peculiar work that keeps returning, its a  choreography written for fun in 15 minutes, and then realized years later. The indigo activities (2017) encompass curated festivals, think tanks and a publication, it is an Curatioral and research project. Spending Time With Dinosaurs (2015) with Emma Daniel is a choreography made by the dinosaurs, a dispositive arising from a need to work in a way where  knowing the full intention behind, and meaning of, the work would be out of  the question. 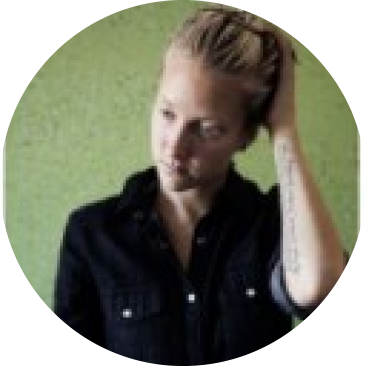 Choreographer, performer, dramaturge. She graduated from SEAD in 2007 and continued to supplement her education with a BA in Philosophy and Performance Design from Roskilde University. In 2016 she enrolled in the MA programme "Ecology and Contemporary Performance" at TeaK-University of the Arts Helsinki. Ida-Elisabeth Larsen is a co-founder of RISK (2009-2016)and two-women-machine-show (2011-2020).  She has also worked as a dramaturge in various artistic collaborations and was engaged as such in the international performance festival series WORKS AT WORK (2014-2016). Ida-Elisabeth Larsen tours with stage productions regularly and participates internationally in various artist residencies and exchange programs. She is also an elected member of Dansehallerne's Research Committee in Copenhagen and part of the Para-Nordic Institution. 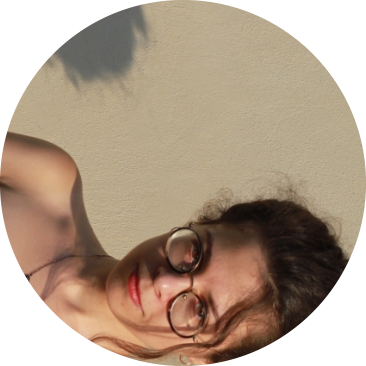 Margherita Scalise was born in 1994 in Merate, a little town in Northern Italy. She is a passionate reader, lover of history of art and fond of the human response to live performance. She is an eclectic worker in the theatre and dance field, as her work aims to bring together the spoken word and movement expressions. In 2016 she earned a bachelor's degree in Science of Cultural Properties at the Università Cattolica del Sacro Cuore in Milan, with a thesis about Luca Ronconi. After that, she attended the Civica Scuola di Teatro Paolo Grassi and graduated in Theatre Directing in 2019. In 2018, she was assistant director to Gabriele Vacis at TeatroStabile di Torino for the theatre piece Cuore/Tenebra and, since August 2019 she is assistant director for Wim Vandekeybus and is therefore currently based in Brussels. She has directed several theatre and dance pieces, including Who's Afraid of Virginia Woolf by Edward Albee (2015), Knoten (2016), Bedbound by Enda Walsh (2018), Judith (2019) and Squame d'Amore (2019). Since 2018, she has been working occasionally as a critic for PAC - PaneAcquaCulture, an online theatre and arts magazine. Between 2015 and 2018 she collaborated as a manager with the dance festival Caffeine - Incontri con la danza. 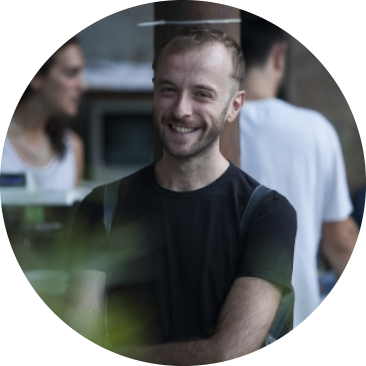 Salvo Lombardo is a performer, choreographer and director. He is the founder and artistic director of the Chiasma Company, recognized by the MiBAC–Ministry of Cultural Heritage and Activities, as an "Under 35" Dance Production Organization. His own artist research moves between dance, theatre and visual arts while focusing on the languages of video and relational art. The company's productions have been staged in many theatres and festivals across Italy and abroad. Chiasma works in collaboration with and is supported by Festival Oriente Occidente, Theatre National de Chaillot (FR), Fabbrica Europa, Romaeuropa Festival, Aura International Dance Festival (LT), Attakkalari Dance Festival (IN), Scenario pubblico, Ater Balletto, Short Theater, Teatro di Roma, Anghiari Dance Hub, InTeatro Festival, Teatri di Vetro, Attraversamenti Multipli, Festival Corpi in Movimento, Versiliadanza, Piemonte dal vivo and many other institutions. In 2019 he founded and co-curated with Viviana Gravano and Giulia Grechi Resurface_festival di sguardi post coloniali in Rome. He now works as associated artist and guest curator at the Lavanderia a Vapore \ Piemonte dal vivo (Turin). 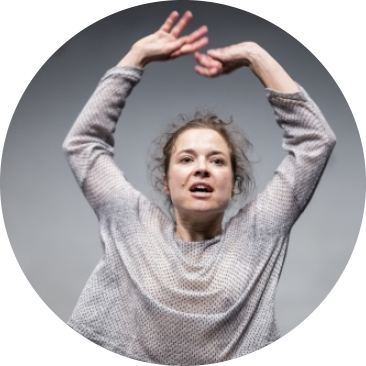 Tereza Lenerová (Hradilková) is a Czech dancer and choreographer. She started dancing as a child; in her youth, she joined the folk ensemble Valašek, and continued her studies at the Duncan Centre Conservatory in Prague. Lenerová graduated from The Theater school Amsterdam and later on moved to New York City, where she gained some experience as a dancer. She has collaborated with several choreographers in the Czech Republic and abroad.

Her first dance piece, the duet Variable, created and performed with Einat Ganz, was selected by Aerowaves and presented at the first Spring Forward festival in 2011.

In order to experiment further, Lenerová co-founded Studio Truhlárna in Prague. There, she created her successful solo piece Swish, which was recognised as the “Dance Piece of the Year” by the international jury of the Czech Dance Platform 2017. After that, she received a number of invitations to present her piece abroad, including Rencontres chorégraphiques Internationales de Seine-Saint-Denis, Julidans NEXT 2018, Tanzmesse 2018, Tanzsolofestival in Bonn, TANEC PRAHA festival, 4 + 4 Days in Motion, among others.

Don't Stop premiered at PONEC theatre in Prague, and received a Special Mention by the jury of the Czech Dance Platform is this year part of the Aerowaves Twenty21. Lenerová has been invited to perform Don’t Stop at festivals such as Les Plateaux 2019, NORMA festival Ostrava and TANEC PRAHA.

Lenerová often collaborates with artists from other art backgrounds. In both of her solo pieces, she worked intensively with musicians, whose work she considers to be as important as the choreography. She also cooperates with visual artists, filmmakers and theatre directors. Together with film director Kari Sulc, she created the dance film Beating, which was awarded 1st prize for ‘Dances with Camera’ at the Short Waves Festival in Poznaň (Poland).

In her upcoming piece, she plans to expand upon the visual aspects of her work, by collaborating with artist Adam Vačkář on a series titled Taxon. This piece will premiere at PONEC theatre Prague in December 2021. 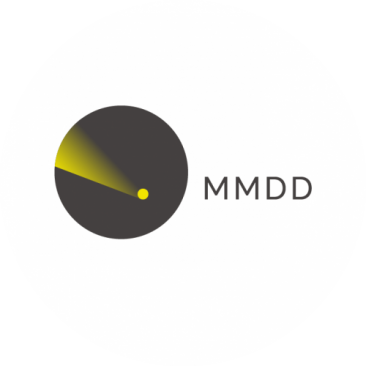 Tereza Krčálová graduated from Faculty of Arts, Charles University, with a degree in Czech  studies and Russian studies. In 2002, she became acquainted with the Moscow theatre  scene, and in 2003 she was selected to participate in a translation workshop, organized by  Dilia and Drama Studio. Ever since she has been translating contemporary Russian plays  (e.g. for Academy of Performing Arts in Prague/Theatre Faculty, Činoherní studio/Drama  Studio, Municipal Theatre Zlín, Švandovo Theatre in Prague, Komedie Theatre in Prague).  She got intensively involved in the activities of the Moscow theatre Teatr.doc, which focuses  on the current social topics, dealing with them through the latest theatre methods. She deals with both: the theory and practice of the verbatim method, which consists in the  artistic processing of documentary material, newly conceiving the relationship between artist and audience.