Being together through art | Lists & bodies | OCTOBER 2021 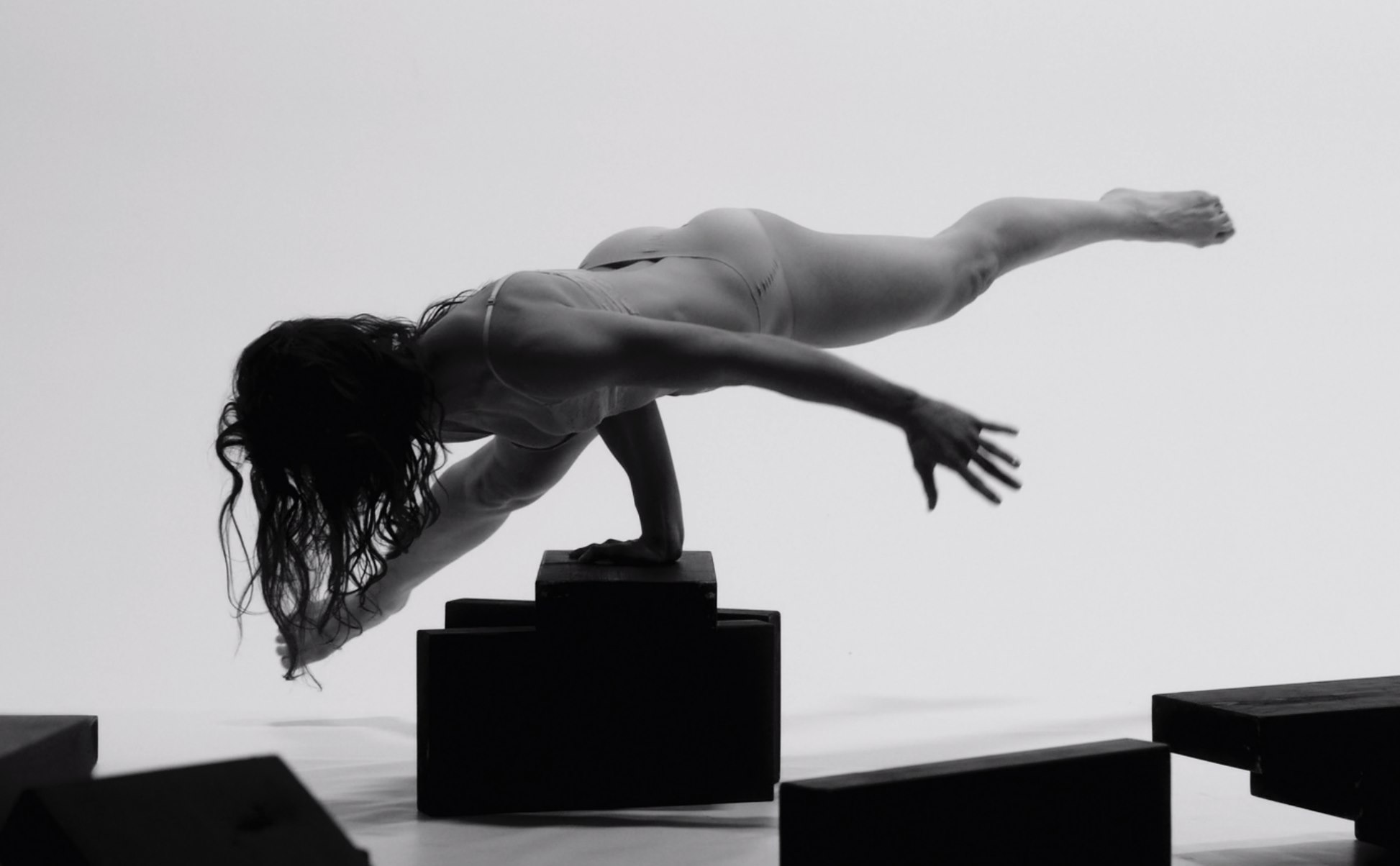 List of countries - not necessarily of origin, or residence; in some cases they are, in others not; but still, in any case, countries to which reference is made or that are mentioned.

List of bodies - insofar as noted down, or supplemented on a flip-over chart in Club SoDa, the home base of DansBrabant in Tilburg, on Tuesday evening 26 October during the Micro&Macro Dramaturgies in Dance program in the Netherlands, with the theme: Being There. Sub-theme tonight: Being together through art.

I am not a dancer, choreographer or ballet dramatist. So, tonight, 26 October 2021, I am a foreign entity. We all are, of course, all the time, in our own way. The purpose of my presence here is to write. To watch, listen and take notes. To save something of what happens this evening.

It’s a week later when I come back to this. The Dutch programme is over. All the participants have finished speaking, dancing and writing and have returned home. At least, that’s my guess. Meanwhile, my thoughts keep spinning. That’s because thoughts won’t be bound; in fact they particularly like to transform in motion. That’s because the mind never ceases its onward racing.

The group discussion starts with a confession: after a long day that started at nine thirty and after a large meal, any doziness on their part is in no way indicative of a lack of curiosity. All those present in the studio state their names. Lisa Reinheimer from DansBrabant introduces the three guest choreographers as artists from Tilburg, from the local community. Because the idea is to prevent this evening’s encounter from remaining just an encounter, there is a follow-up session. We are to separate out into small groups. That way, an exchange can take place between us.

Jade van den Hout tells us about her project Cracking the shell of dance. We dance in clubs, at parties, during ceremonies. Why do we do this? What do we get from it? Jade loves interaction, encounters. She loves to move and to make choices from within her body; in the here and now. She loves to invite all sorts of people to do improvisation with her.

Evangelos Biskos/V takes us on a journey. He tells us what he has been looking for and how he has developed, starting with things that didn’t work out as he had hoped - repeatedly - through to the point of ultimate success. He choreographed himself through science and abstract concepts over time towards surrealism and jazz, towards a complete reset. There he regained his love for science, for artificial intelligence. During the pandemic he created a performance together with one of his best friends who had gone to New York long ago to study dance there. During the Dutch Dance Days 2021 the friend participated in V’s virtual residence.

Jelena Kostic is not with us physically. Via an online connection she tells us about her company, about her performance, How it Ends. About developing tunnel vision and seeking equilibrium. She tells us that she likes theatricality, a dramatic build-up, and that she is conquering the world with her dance films. In addition, she tells us how she re-discovered her own city during the pandemic. How, completely unexpectedly, she found a new theme in the architecture of the city of Tilburg. How connected she started to feel with architects - what they are seeking and the obstacles they encounter in their work. She took the scenery from How it Ends outside and created a site-specific work with her dancers.

Her latest dance film, My own worst enemy, premièred three days before the first lockdown. She shares her screen to show it to us. She also remains visible herself. Inside a small rectangle, at her distant holiday address in Serbia, in an otherwise empty room at an uncle’s home. Suddenly I become aware of the clothes she is wearing because, similar to the effect of a slow stroboscope, the constantly changing light in the film keeps making it go black and then light blue again. Black. Light blue. Black. Light blue. Black. Light blue. I am moved by this; not least because her co-director, a good friend of mine, with whom she made this film, died eighteen months ago. The last time I saw this film was at his funeral.

Our circle in the studio has changed too. Two of the eleven people present are lying on the floor. One of them is wearing sweatpants, the other leg warmers. We are bodies. (Or do we have them?) We must move. It is time. I have become accustomed to breakout rooms in video discussions. Today they are physical. I move between V (who is sitting with Salvo among others and one of the Terezas in the Kunstmaan space), Jade (who has taken a seat in a corner of Club SoDa next to the list of bodies) and the big table in the middle of the room (where the rest is glued to the screen of a laptop to talk to Jelena).

A list of words that I note down - in random order.

This year has been very long.
I have translated dreams into tasks and movements. From one system of reference to another.

The theme is the space between things.
It feels as if I am stepping into my own subconscious. Everything is always fresh, always new.

I make expansive movements to help others move expansively too.
You can’t remember everything; what stays with you, what you do remember is a physical feeling, a very specific alchemy.
Something remains.
Something lingering.

It keeps giving me fresh access to my own enjoyment. It is a good source.
You can make happiness physical.

You have a new body!
(Gets up, adds to the list)

It is magical to see something in the theatre.
But is theatre still important, or is it dying? It serves to tell stories in which the human being stands central.

It’s not as if you can take the screen away from a seven-year-old child and tell it to go and play with a stick.
I never intended to escape, to exclude anything.
I just found something else.

A list of words jotted down by the participants as post-it notes - a selection.

Using the imprint of others to access yourself.
Did the migration of theatre begin even before Corona?
What kind of images am I made of?
Sur-reality.
Necessity.
Inventing.
Trans-lating.
How far does our reality reach?
No thoughts.
It’s like in the performance we saw yesterday. The aim was to empty the body to fill it with something new.

Anna van der Kruis is writer and the master of Dance&Dare, a course and movement by DansBrabant and Domain for Art Criticism in which writers search for new words for new dance. Anna visited the second day in the 10 days intensive program of Micro&Macro Dramaturgies in Dance in Tilburg, October 2021, to write this recap. More info: echtanna.nl and read D&D-essays on the DansBrabantBlog here: dansbrabant.nl/en/blog/. Image: film still from Jelena Kostic’s MY OWN WORST ENEMY, copyright Branded Cinema. 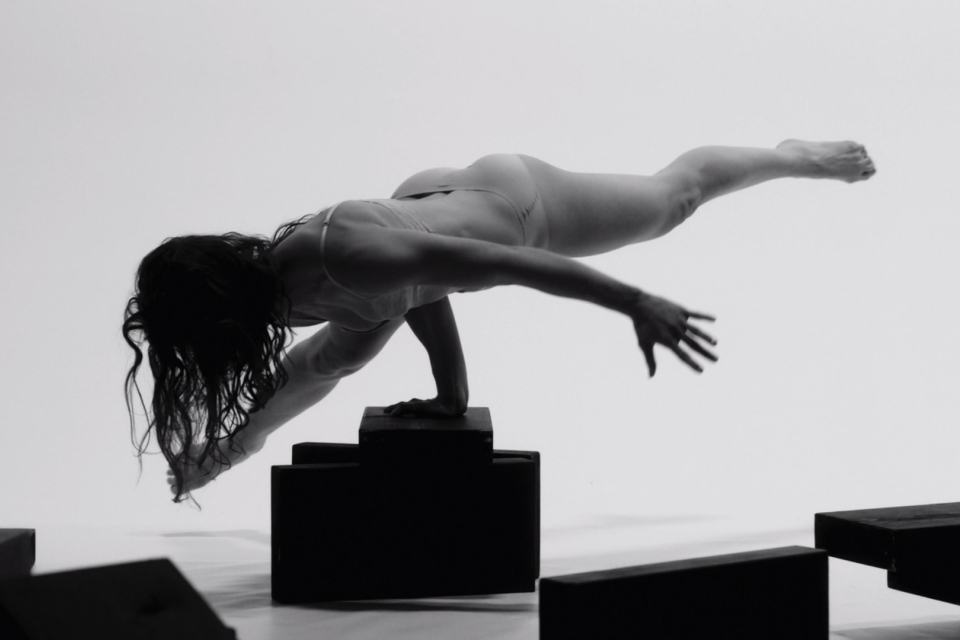